If you have your own business, you probably run ads. And if you do, you presumably advertise in (at least) one of the most popular advertising networks: Facebook, Google, Snapchat, Twitter, Linkedin, etc.

The number of advertisers using these networks keeps growing and the competition in this field is getting stronger by the day. In 2019, marketers spent over $89 billion on social media advertising, and according to projections, this number is likely to reach $102 billion in 2020.

If you wish to stay ahead of the competition in such a fast-progressing field, you must understand where it’s heading. 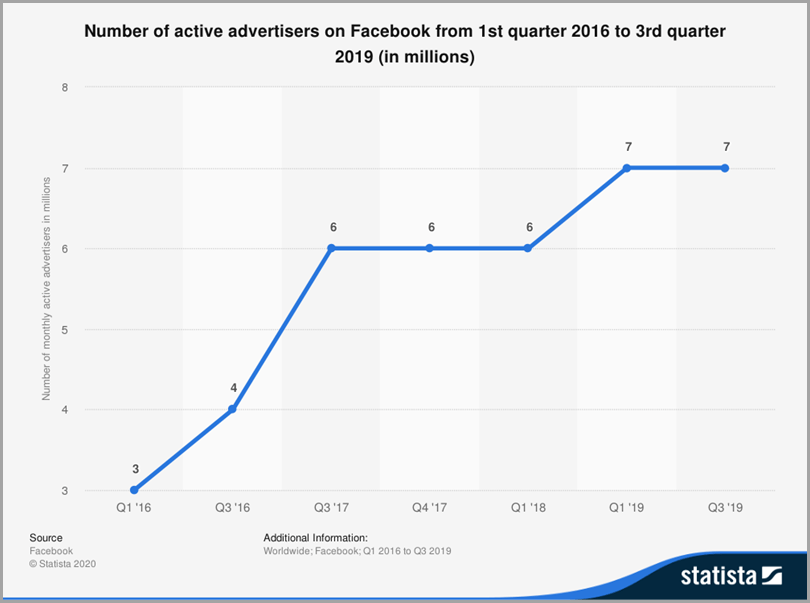 First, a bit of history

In order to predict the future, you must understand the past. During the last 10 years, large advertising networks, such as Facebook, Google, Twitter, and others, introduced partner programs that allow external 3rd party platforms to integrate with their native advertising platforms, hence letting marketers create, analyze and optimize ads directly through 3rd party optimization platforms.

The tech giants realized they can’t serve massive amounts of advertisers using their own native ads managing platforms since different advertisers have different needs, and each network can only have a single platform of its own. Therefore, they decided to allow external ad-optimization companies to innovate on top of the core platform, tailoring specific solutions to different advertisers and verticals.

As a consequence, a new branch in the online marketing industry was born: ad optimization platforms.

In the next couple of years, Facebook and other networks kept moving forward very fast, developing their native platforms and even using ideas first introduced by the ad optimization companies. As a result, many companies were having a hard time keeping up with the networks’ development pace and started dying out.

The ad optimization platforms that are not only keeping up with the advertising networks but innovating beyond what these networks offer are the ones who will lead the online marketing industry. One of them has a chance to become a unicorn company if it manages to make the fastest progress in two directions: 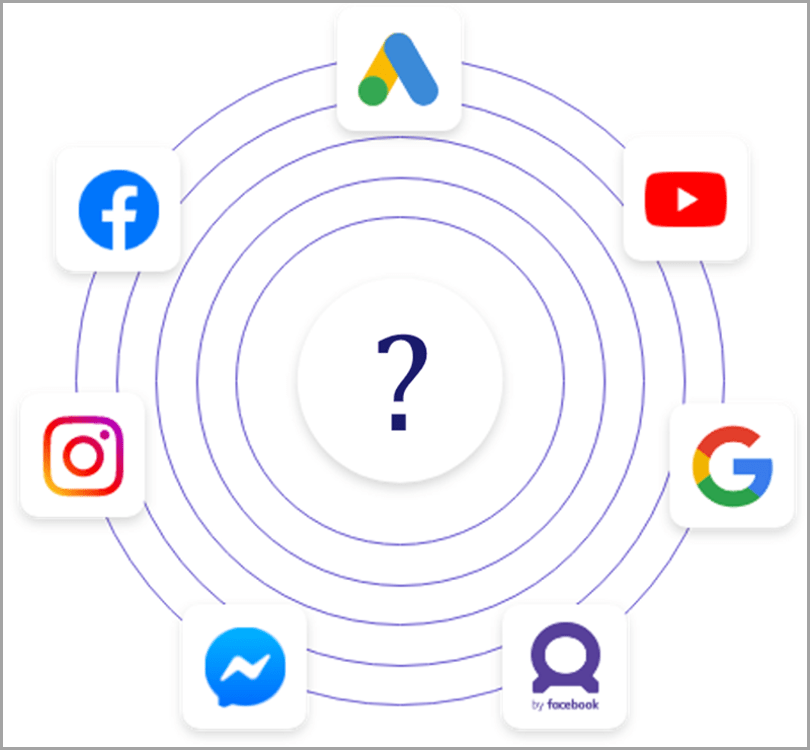 At the end of the day, advertising networks don’t communicate with each other via their native platforms, but in reality, potential customers use all the networks, and therefore, advertisers can not limit themselves to a single channel.

In the US market, Google is still preceding Facebook with about 36% of the advertisers using the search engine compared to 22% on the social network. While Amazon is steadily growing as well with about 9% of this market. 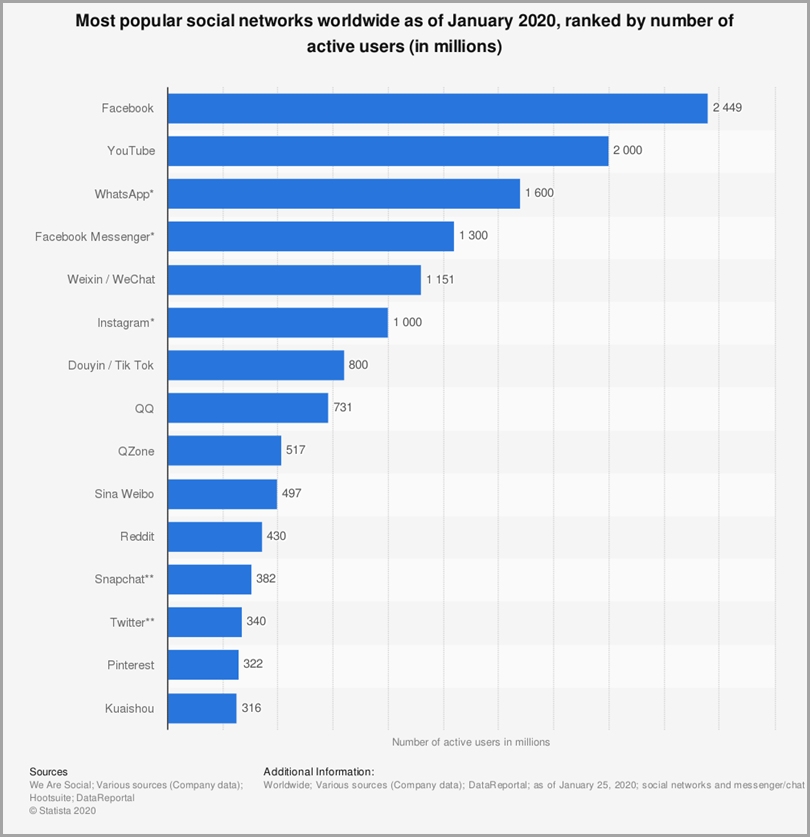 As the amount of worthwhile advertising channels is constantly growing, omnichannel ad optimization is becoming an impossible task for human advertisers.

Hence, an ad optimization platform that will be able to provide advertisers with the option to manage all their ads in one place will have a great advantage over all other platforms.

In addition, 3rd party ad optimization platforms can objectively recommend budget allocations between channels while ad networks might have a conflict of interest concerning optimizing the advertiser’s budget. That is because the main interest of a 3rd party platform is increasing the advertiser’s ROIs across all channels.

No player in this industry has managed to create a complete cross-channel ad optimization platform yet, but the one who does has a $1B opportunity.

As the founder of an ad optimization platform, I can tell that the holy grail of ad optimization is providing the advertiser with the possibility to press only one button, and the platform will do all the work for you. The mission is to create a machine capable of doing all the “dirty work” within a framework provided by the advertiser according to their KPIs.

The ones who manage advertising budgets nowadays are human beings – be it social media managers, marketing teams, advertising teams, or a CMO. Many of the tasks they perform today can be done by machines. Those teams should focus on executing pieces of work that can really move the needle and machines can’t (yet) carry out: navigating the business, improving their product strategy and creatives, and creating new content. Instead, they’re currently wasting all their time optimizing their advertising budget.

Ad-optimization platforms aim to take autonomous ad-buying another step forward during 2020: The advertiser will only need to define a minimum budget, the important metrics (such as ROAS, for example), their goals concerning these metrics and the maximum budget, and the machine will do all the work within the framework provided. A comprehensive autonomous system with a modular approach will then efficiently allocate and scale budgets across different funnel stages. In addition, the machine will produce creative and audience-related insights and recommend the advertiser exactly which ad they should launch to which audience.

Eventually, it will provide the advertiser with an option to choose “automatically apply changes for me”, finally delivering on the holy grail promise. 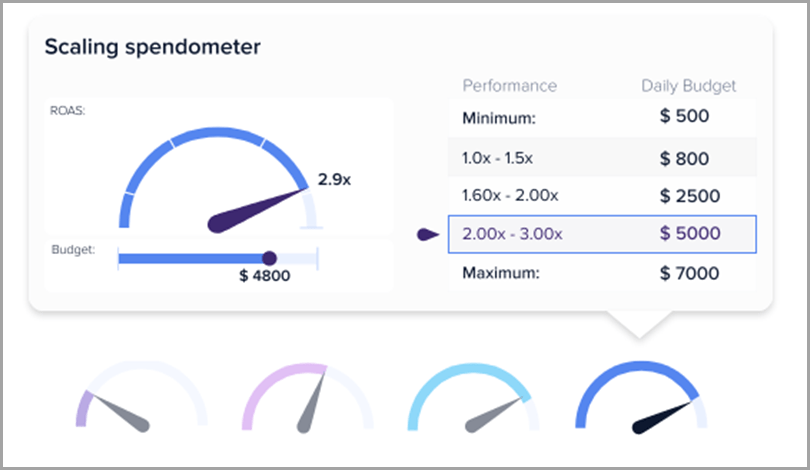 In this direction lies another unicorn company opportunity. The player who figures out how to tailor content with the right stories to audiences and produce it at scale can take over this market.

Omnichannel ad optimization will always be necessary since new advertising networks constantly keep popping up, so advertisers must have a “brain” that provides a holistic performance overview, and optimizes their ads autonomously across all channels.

As the competition in online advertising intensifies, advertisers who adopt these capabilities will gain a competitive edge.