I could keep doing this 109 more times before you get a click.

The average click-through-rate (CTR) of Facebook ads across all industries is 0.9%.

And with 93% of digital advertisers using Facebook to promote products and services, you’re fighting an uphill battle for attention.

The good news? 26% of users who click on an ad make a purchase.

Now, that is interesting.

The challenge you face as a digital advertiser is how to optimize your campaigns so that more people click, more people buy, and you increase your return on investment.

As with any marketing channel, it was a matter of time until Facebook ads were automated.

Smart automation can give you back 70-80% of the time you spend optimizing campaigns.

What would you do with a few extra hours every week?

Let’s say you’re spending an hour every workday on optimization. That would be 3.5 hours a week, on the low end, back in your calendar.

Not to mention the better results automation tools can achieve by removing emotional decisions and missed opportunities that are buried in data.

There aren’t a lot of Facebook advertisers using automation just yet. You can still be one of the first movers.

Well, it’s just as it sounds – a technology that removes the need for human interaction when optimizing a Facebook campaign.

That all sounds good, but how do you use Facebook ads automation to do these things?

A lot of Facebook advertisers underestimate just how many campaign variables need to be optimized to ensure high performance.

To give you an idea of what ultimate optimization looks like, here is a list of variables that could influence your campaign’s performance:

Of course, each of these variables has micro-variations of their own. For example, should the primary text of an add be long or short? Will you include emojis? Which emojis will you use?

To manually test, iterate, and optimize every single one of these variables would be, well… near-on impossible. With automation tools, you can improve a large portion of these elements without lifting a finger.

Your daily budget, for example, is a critical variable to optimize. Ideally, you’d start an ad set on a small budget until each ad gets enough impressions and clicks to make a valid assumption about its performance.

If one ad appears to be out-performing others at an early stage in the campaign, you need to ramp up that budget as quickly as possible to ride the “new car smell” wave of a fresh ad set.

On the flip side, you also want to reduce the budget of the poorly performing ads, so you don’t waste your money.

How do you do this with automation tools?

Well, with Zalster, for example, you can create pre-set automation rules for a campaign. You may want to create a rule that automatically increases or decreases your budget based on the cost-per-acquisition (CPA). Something like that is super easy to set up, shown in the screenshot below: 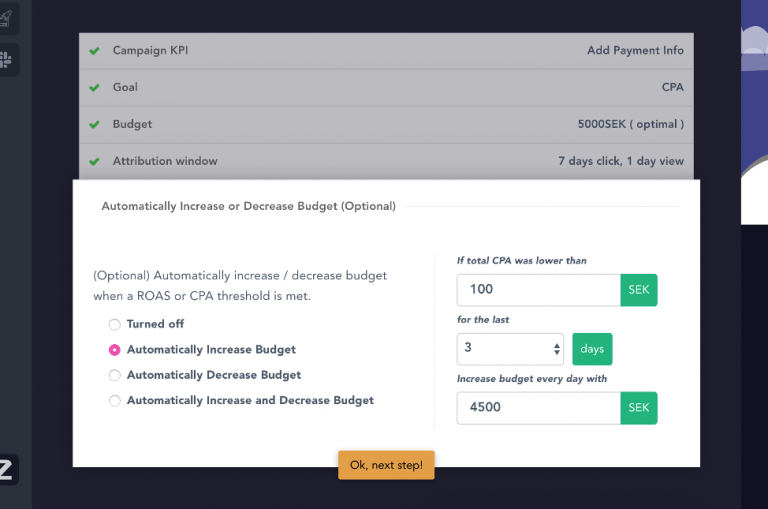 As you can see, your budget alone requires daily monitoring and optimization. I haven’t even touched on ad creatives, audiences, placements, and all of the other variables. Optimization takes a lot of dedicated time and effort, much of which can be saved with automation tools.

As with any form of automation, there are going to be some downfalls. When you remove human intervention, you lose intuition. A lack of intuition means that you could miss important subtleties with over-optimization based on pure numbers – such as lack of brand congruency
or targeting an audience that isn’t your ideal customer.

That’s why I said automation saves you 70-80% of the time you’re currently spending on optimization, not 100%. You shouldn’t set up any automation tool and expect it to do your job for you. Sure, it will optimize campaigns better than any human can. Simply because machines can crunch numbers at exponentially quicker rates than us. But there is still a need for interpretation and intuition based on the expertise you hold in your industry.

So, instead of setting up Facebook ads automation and forgetting about it – create automation rules that save you tons of time but still allow you to make strategic decisions about your campaigns.

Be patient and trust the process

One of the biggest mistakes people make with Facebook ads is changing things too quickly. They expect immediate results and panic when the budget is running dry without an uptick in conversions.

The thing is, Facebook campaigns need time to mature. You have to be patient and let a campaign reach enough people before reacting based on minimal data.

That’s the beauty of Facebook ads automation. Machines make decisions based on data, not human emotion. Once you set a rule, based on the logical optimization of a campaign, you can trust that the campaign will be adapted accordingly. Your automation tool won’t make a change based on a knee-jerk reaction; it will ride it out for the time it needs to, to make a data-backed decision. 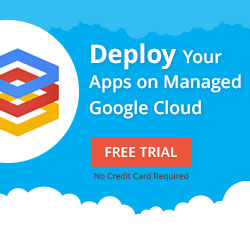