And by “future reference,” we mean “future advertising.”

This post will take a closer look at the Facebook Pixel. But seeing as the pixel itself is an invisible snippet of code, we’ll need a visual stand-in. So let’s look at this guy and his pre-faded, unmistakably casual maritime sweater.

If you go to Esprit’s German website and add this sweater to your cart, it looks like this:

Nothing to see here, right? Well, not exactly. In fact, the Facebook Pixel is going bananas.

Let’s fire up Chrome’s “Developer Tools” to see what’s happening behind the scenes. We’ve set a filter for “facebook,” so all of the code and URLs and cookies popping up on the right are linked to Facebook.

Of course, if the Facebook Pixel chills out on the websites we visit and triggers ads later on, it can do the same for your website. Even if your store doesn’t have dreamy models gazing contemplatively at your shoppers, you can take advantage of the Facebook Pixel.

When we’re done, you’ll know the ins and out of the Facebook Pixel, including how you can use it to optimize your Facebook advertising.

In Facebook’s own words, the Facebook Pixel “is an analytics tool that allows you to measure the effectiveness of your advertising by understanding the actions people take on your website.”

We’re going to get technical for a minute here. It won’t be painful – there will be lots of pictures and not a lot of jargon.

We’re going to visit two stores today. The first, as you already saw, is Esprit. The other is Nike. There is nothing unusual about these stores; they are simply being used to represent e-commerce in general. To be sure, neither Esprit nor Nike are doing anything with their tracking, advertising, or Facebook Pixels that everyone else isn’t doing, too.

And here, again, is all the Facebook-related code spinning in the background:

The Facebook Pixel will obviously know when we add the sweater to our cart:

Of course, we’ll never squeeze into that slim-fit sweater if we don’t stay in shape. So let’s head over to Nike for some new running gear, including these running pants:

Like Esprit (and every other e-commerce store), Nike has plenty of Facebook code keeping track of our visit:

But that won’t stop us from adding the item to our cart:

Let’s say that we leave these sites without buying anything. Abandoned carts are a nightmare for every e-commerce shop, even ones like Esprit and Nike.

Look at what happens the next time we go to Facebook:

A moment later, just to make sure we remember:

Another moment, and things get a bit less subtle:

It’s impossible for us to know the sort of targeting rules that Esprit and Nike created for shoppers like us. For example, would we have seen so many ads if we hadn’t added these items to our carts? And maybe geography plays a role, too: Would these ads have appeared with the same intensity if we shopped from, say, South Korea instead of Germany?

The parameters of these companies’ Facebook campaigns – the rules, the target groups, the bids, the time period, and so on – are entirely unknown.

Even so, you can see how the Facebook Pixel operates.

And if you use Shopify, it’s even easier to implement the Facebook Pixel. You go to your Facebook Business Manager backend, copy the Pixel ID – not the code, just the ID – and then drop it into your Shopify store preferences:

Facebook is also happy for you to use the Facebook Pixel because – whether you advertise with them or not – you are helping Facebook build richer profiles of its users. Having its tracking pixel scattered all over the internet lets Facebook know what its users are doing outside of the platform.

Not that anybody would ever accuse Facebook of being sneaky with data, but it is quite the coincidence that I saw this adidas running ad on Instagram the same day I was shopping at Nike.

At any rate, incentives are aligned with when it comes to installing the Facebook Pixel in your store: You get better advertising, Facebook gets better data.

How Do You Target People With the Facebook Pixel?

If we’re being technical about it, the Facebook Pixel doesn’t actually do any targeting. Instead, it is the foundation for targeting.

It’s up to you to tell Facebook how to target.

Inside of your Facebook Business Manager, you can create “Custom Audiences” with rules ranging from basic to super complex. For example, let’s say you sell fashion accessories, including sunglasses. The Facebook Pixel will know all the Facebook users who browsed your sunglasses, and when they did it. So you could have a Custom Audience of people who visited “sunglasses” pages on your website in the last, say, 30 days.

You can also use the Facebook Pixel to target Facebook ads to people who have already converted. For instance, maybe you want to treat buyers with a discount code for their next purchase. You could do that by setting a URL rule for a post-conversion page –like, say, a Thank You page.

You could flip that around and create a group of people who have been to your store but didn’t get to the Thank You page.

One more: You can create Custom Audiences based on the amount of money people spent at your store. A “Big spenders” segment could contain people you want to target with your more expensive items. (And you’ll know who the big spenders are thanks to the pixel.)

The Facebook Pixel knows who did what on your website, and the Facebook platform can use that data to identify people who share similar traits with your visitors. So if your “Big spenders” segment is full of 25-35-year-old females who live in urban areas, Facebook can create a Lookalike Audience of other 25-35-year-old females who live in urban areas and who Facebook thinks might be interested in your products.

You can also use the Facebook Pixel to create what are called “custom events,” which are the more evolved relative of “standard events.” Standard events are actions that the Facebook Pixel tracks automatically, like “add to cart” and “purchase” (there is nine total). Custom events, on the other hand, are events that you design yourself, allowing you, in Facebook’s words, “to define more granular data around events.” This could be all sorts of different stuff – scroll depth, button clicks, and video tracking, to name just a few.

Creating Facebook segments and ads is a science all its own. So for now, let’s leave it there.

Facebook isn’t the only advertising tech floating around the code of sites like Esprit and Nike. And that’s why we see the same sort of ads popping up all over the place – not just at Facebook.

Here, for example, is what a visit to The New York Times looks like a day after shopping around at Esprit and Nike:

How does The New York Times also know that we were at Esprit? Well, they don’t. But tools like Criteo, which specializes in retargeting, sure do. Criteo is one of the 30 or so advertising tools hooked up with Esprit’s website. Just as the Facebook Pixel helps Facebook fill its ad space with relevant ads, the Criteo’s of the world help The New York Times fill its ad space with relevant ads.

There are, however, a few things that make Facebook and the Facebook Pixel unique in this ecosystem. First off, Facebook is huge. It has a billion-plus daily active user, and at least some of them are going to be part of your target audience.

So even if you have ambitious retargeting plans, the Facebook Pixel should be one of the first tools you use.

If you want to get a better idea of the mechanics behind all the advertising that e-commerce stores are using, you can use the Ghostery browser extension. Every time you visit a new website, Ghostery will give you a list of the advertising, analytics, and engagement tools living on the site.

You can peer further underneath the hood of Google Chrome’s “Developer Tools,” which is standard in the Chrome browser. That’s the tool we used earlier to look at all of the code firings during our shopping trips at Esprit and Nike.

Make no mistake: You can run retargeting campaigns without knowing about this stuff. No problem. Just a heads up that there are some tools available if you want to dig around.

If you have any question, please feel free to contact us. 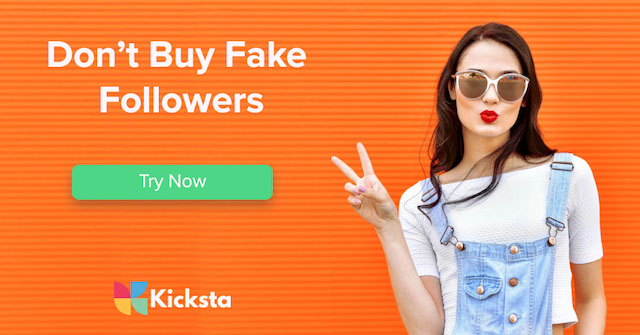