Trying to understand the intricacies of Google’s algorithm is a difficult and head-scratching job, especially given that most changes Google makes are not as transparent as we might imagine.

With BERT being Google’s largest algorithmic change for over five years, there was plenty of speculation and polarizing opinions on the update, but nine months on, the picture is much clearer.

One thing is for certain, every time a major algorithm change occurs, it’s always in the interest of the user and Google being able to accurately provide the most relevant answers to a user’s search term.

This means that SEO’s and blog writers need to consistently ensure they’re providing quality, user-focused content in order to show up for the most relevant results that users are actually searching for.

Introducing BERT, touted as ‘one of the biggest leaps forward in the history of Search’ and revolutionizing the way the world’s largest search engine understands linguistic interpretation.

Understanding what BERT is

BERT, standing for Bidirectional Encoder Representations from Transformers, is aimed at better understanding conversational and prepositional queries like ‘for’ and ‘to’ which have the ability to change the contextual meaning of a phrase.

BERT is a neural network-based technique for natural language processing (NLP). This network is designed for pattern recognition, being able to forecast and understand the occurrence of real-world applications such as recognising handwriting or the categorisation of images.

Pandu Nayak, Google Search Vice President, had this to say about the advancement of human language processing and the way Google uses this to provide better search results. “With the latest advancements from our research team in the science of language understanding – made possible by machine learning – we’re making a significant improvement to how we understand queries”.

After all, users are the driving force for change and Google will always prioritize the needs of users rather than content writers and SEO’s.

In conjunction, natural language processing (NLP) is the study of artificial intelligence for linguistics, where AI is being trained and accustomed to understanding the way humans communicate naturally.

Sounds extremely complicated, but in practice, Google’s algorithm now utilizes pattern recognition to better understand how humans communicate so that it can return more relevant results for users.

This update is somewhat reminiscent of an old algorithm change made back in 2013, called Hummingbird which sought to improve conversational and human search, improving local search results as well as becoming the foundation of voice search.

BERT took effect in late October of 2019 and whilst only affecting 10% of searches, looks to shift the way prepositional searches are made for the future.

Although BERT only currently affects every 1 in 10 search results, this figure is staggering given there are over 3.5 billion Google searches made per day. It also currently only affects search results, but undoubtedly will move to AI-assisted voice search such as Google Assistant at some point in the future.

Overnight after release, a wide amount of speculation and unverified claims about the release of Google’s BERT update and what it meant for Google search was huge – as expected.

The most obvious warning signal was ‘SEO experts’ providing unsubstantiated advice on ‘how to optimize for BERT’ despite there being a lack of data or aggregate evidence to assist content writing strategies.

Some businesses experienced a drop off in organic traffic as well as keyword rankings, but this was largely due to the fact that some queries which may have been granting referral traffic, weren’t necessarily useful for the user’s search query at all.

Generally, when Google makes these types of algorithm changes, they’re not intending to penalize business owners, but more so cater to search queries made by users with a specific intent – as not all users have the same intent for the same search.

It’s important to understand that most search queries (such as branded searches) were largely unaffected and BERT’s main focus was helping the algorithm understand conversational and preposition queries.

A good instance of BERT in action is understanding the example below. 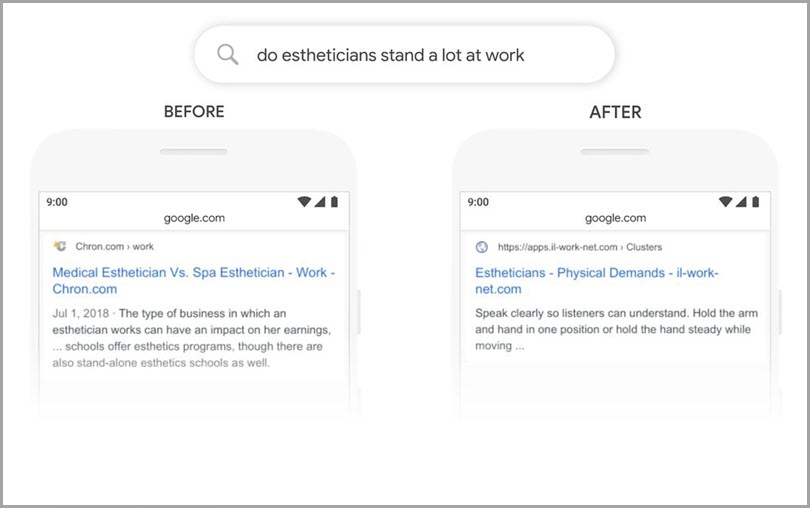 The previous search result provided a lack of contextual understanding, where ‘stand’ is the keyword that relates to understanding the physical demands of being an esthetician.

With BERT now helping the algorithm better understand search queries, this opens up more availability for featured snippets. Take the above query, for example, now when we search for it, a featured snippet appears.

How does this impact future content writing for SEO?

The interesting thing about an update like BERT is you can’t plan for it and you can’t retroactively optimize for it – it was an update that seeks to emphasize Google’s creed that you must write great user-focused content in order to rank well.

Website owners and SEO’s also don’t need to know every nail and joint regarding BERT, but merely adapt the concept of ‘a machine learning to understand the way humans interact naturally’ to their content creation strategy.

Danny Sullivan, current Google Search liaison, tweeted “the fundamentals of us seeking to reward great content remain unchanged” as insight to BERT’s release, which has largely been part of Google’s algorithmic trend over the last several years.

The important thing to note from this point on, given how search is constantly changing and the algorithm is becoming more and more user inclined – writers, journalists, SEO’s and bloggers need to create content that satisfies the user’s search intent, instead of one-dimensional phrasing instruction for search engines.

Why are people searching? What are they trying to achieve? What action are they looking to take once they find their answer? How do I best help them reach their objective?

All very pertinent aspects of understanding user intent and honing your content marketing strategy to reach a user’s search queries in the most relevant manner.

The use of semantic language has long been a part of SEO content writing, given it aims to understand natural language the way a human would. Semantic search also ties in with past updates like Hummingbird and in 2020, the intent of your searcher is the priority of your content piece.

It’s not 2010 anymore – SEO has changed. Stuffing keywords into your article 67 times and building 300 unnatural links won’t reap the rewards of quality traffic as much as intent-targeting will.

Understanding the user’s intent to either learn about or buy a product helps you better pinpoint their intent and subsequently, gauge their interest more.

If you’re looking to figure out how to best cater to your user’s intent, using SEO tools such as SEMRush to conduct keyword research, make on-page SEO changes including the use of semantic language may help improve your search rankings. 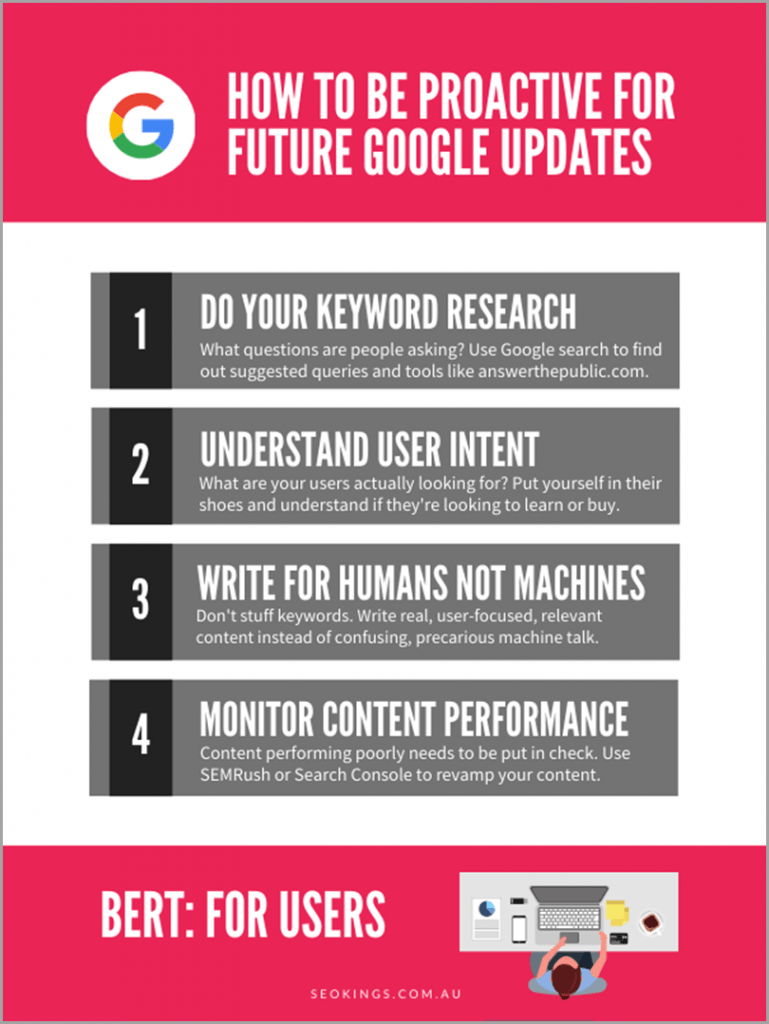 BERT-like updates are here to stay

Google has been using this as their driving force for algorithmic changes, especially BERT, for almost the last decade, so it makes sense to move with the times.

There are plenty of ways to ensure you’re proactive to these updates, the most obvious is making sure that your future content is relevant, fresh, user-focused, and understands their intent.

You’re never going to be appropriately prepared for any Google update, but you can ensure you future-proof your content plan to avoid adversely affecting your overall SEO, traffic, and search rankings.

Now, more than ever, we should appreciate the effort to improve the way users receive information and BERT is a leap in the right direction. 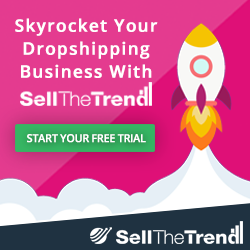