Social media is one of the most ubiquitous elements of modern life. Whether that’s a good or a bad thing is a debate for another time and place. The mere fact that social networks have such primacy in so many people’s lives means that businesses have to sit up and take notice.

Firms who aren’t using social media for marketing to generate business and to boost conversions are missing out. Similarly, firms who haven’t wised up to social media’s utility in the SEO field are also behind the curve. Social media platforms offer a plethora of opportunities to support and maximize your SEO strategy.

What follows is a rundown of how to use some of the most popular social networks for SEO. I will cover how you can turn likes, retweets, and other social engagements into cold hard traffic for a site. Before that, it is worth first looking at the relationship between social media and SEO. It’s a much-misunderstood relationship that is essential to get to the bottom of.

Why social media is important for SEO

That’s not by being directly recognized and accounted for by Google. They have a vast number of resources, but even they can’t crawl and index every single social media signal. Even if they could, the results would be confused at best. PPC social campaigns and the buying of social signals would muddy the waters hugely. It’s not viable for social media presence to be a ranking factor.

There are several ways, however, that a good social media presence can and will support your SEO strategy. For example, there is a causal link between how many people see your content and how many backlinks you may get. 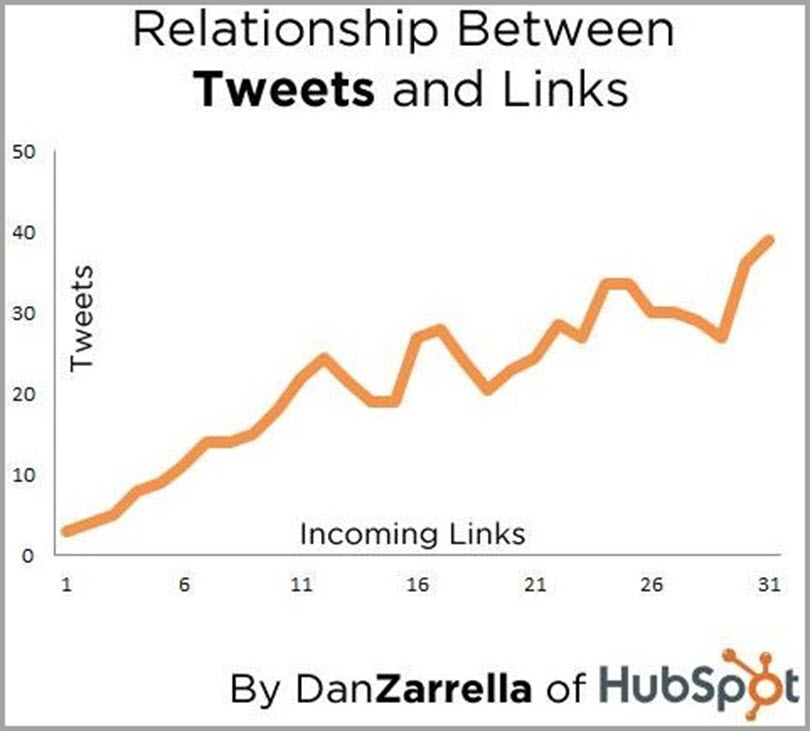 There’s an even more straightforward way in which good social media reach can help boost the value of your SEO. If you get lots of social media mentions and engagements, more people will learn about your brand.

That can lead to an increase in branded traffic for your site. That’s traffic that comes to your site after searching for a certain type of phrase – one which includes your company or brand name.

After a while, Google will start to recognize that. It tells them that people going to the site in question are interested in marketing. As a result, the site may start ranking better for ‘marketing’ as a separate keyword.

Social media marketing and organic SEO, then, are far from incompatible. A good social media strategy can support your business goals. It’s a way to enhance the value of your SEO, often without spending any more of your budget.

Let’s look at some good ways to leverage the most popular social media platforms in support of your SEO.

How to use LinkedIn for SEO

LinkedIn is a much-maligned social media platform. Lots of people and businesses have LinkedIn accounts, but few use them effectively. This is a shame as LinkedIn can support your SEO efforts. Especially those which are related to content marketing.

LinkedIn excels for B2B marketing. The site is also superb for bringing visitors to your content. That’s because your connections on LinkedIn are fellow professionals within your field. Your first step in using LinkedIn for SEO is to grow your LinkedIn following.

One easy way to do that is by using the LinkedIn search feature. Searching for a relevant job title can show you a whole host of people you may wish to connect with. You can then send requests to those people and hope that some agree to connect with you. Not everyone will, but if you keep the process going, you’ll gradually build up your following.

You can then start using the platform to promote and share your site’s content. If you’re going to point followers to a blog post or other external content, you should first create and then publish a LinkedIn update without a link to the content. You can then edit your update a few minutes later to add the link. 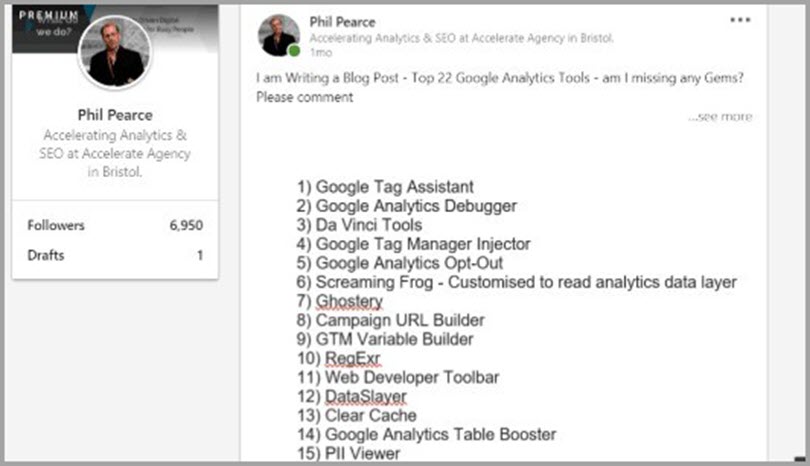 It’s important to add the link as a later edit, as otherwise, your update can fall foul of the LinkedIn algorithm. An update published with an external link will reach far fewer of your connections than one without. Updates with lots of comments get more exposure, too. It’s a good idea, then, to encourage your connections to share their thoughts about your updates.

Your business’s Twitter following won’t be as focused or professional as its LinkedIn one. What it has got the potential to be is larger. As of early 2019, Twitter averaged 330 million active monthly users. There are few better platforms for reaching people en masse. It could also hardly be easier to do so. You only need to follow three simple steps:

The first step of the process is the most important. There’s no use crafting attention-grabbing tweets or engaging in social amplification if the content you’re sharing is no good. You need to make sure you know what your target audience is interested in. You then need to pitch your content directly to their interests.

With the top-class content produced, you need to make sure as many people see it as possible. That starts with crafting the tweet you’re going to use to share it. It needs to grab attention like that perfect hook in a pop song. The best thing to think about is whether a tweet would stop you from scrolling down your news feed. If you don’t think it would, it’s not good enough. 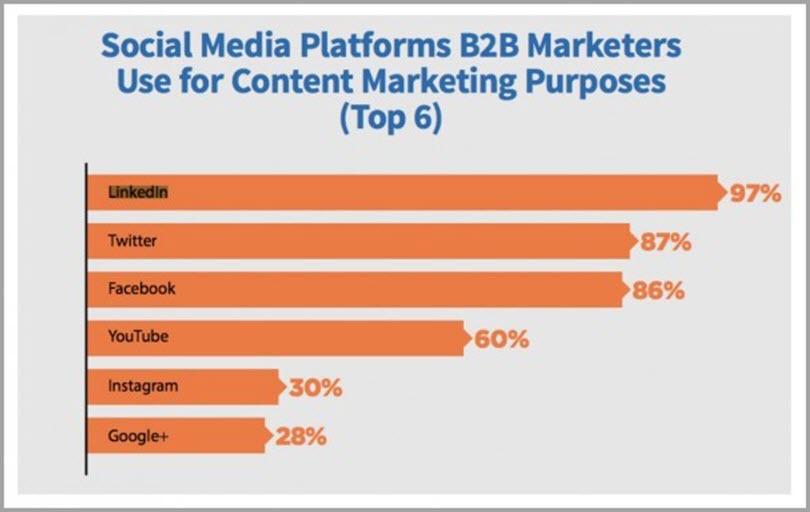 If you ask a millennial, they might tell you that Facebook is yesterday’s news. The statistics say different, though, as the social network still boasted 2.32 billion monthly active users as of the end of 2018. That makes it an important channel for your business to leverage in your attempt to support your SEO through social media.

Building a group on Facebook helps to create a sense of community amongst your followers. It also increases the chances of those followers engaging with and sharing the content you post. That content should be attention-grabbing and fun.

The above graphs from BuzzSumo offer some clues as to what works on Facebook. If you taste success with specific posts, you’ll then want to maximize it. You can do that by using PPC Facebook Ads to increase the reach of those posts.

As is true of most social networks, having as big a following as possible is the first step to success on Pinterest. The organic way to do it is by optimizing your Pinterest profile for your target audience. That means making your profile as attractive to your target audience as possible. You want a profile name, description, and a photo that shows people just what the profile is about.

That ensures that those who might be interested in your content will start following you. You can also give your Pinterest following a little bit of an extra boost. Pinterest bots can take over the more difficult tasks needed to boost your following. They help get your profile rolling and make it more likely for other users of the platform to follow you. You shouldn’t leave everything up to bots, though.

Even while your following is building, you need to produce engaging Pinterest content. It’s that kind of content that will get ‘repins’ and be shared across the platform. An excellent way to increase your chances of getting content shared is by being a bit experimental. Use multiple images and different pins for each post you want to get shared. That way, you’re more likely to find the right image that makes your post go viral.

Your reach on Pinterest will also increase the more you use the platform. Pinterest rewards and promotes those users who are more active. You’ll want to create multiple pins and engage with Pinterest as many times a day as your schedule allows. That way, the content you share will reach as many people across the platform as possible.

Social media engagement isn’t an SEO ranking factor. What it is – or at least what it can be – is a way of supporting your SEO efforts. Growing your business’s following across social networks can help your SEO in several ways.

Social media is an excellent way of disseminating your content. The ubiquity of social networks means they can help you to reach a huge number of people with minimal effort. Those people may then either provide backlinks to your content or even visit your site. Both of these can increase your SEO performance.

Using the major social media platforms to maximize your SEO strategy isn’t difficult. Build a following on any network, and you’re halfway towards success. From there, it’s simply a case of following the above tips to optimize each of your social media profiles. To make sure they’re primed for sharing content, reaching new audiences, and supporting your other SEO efforts.